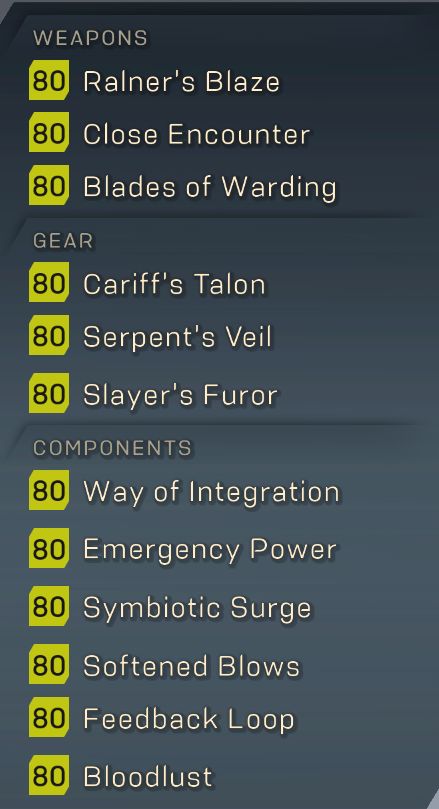 Max(imus) Mayhem loves chaos. He just can’t help it. While most of his fellow Interceptor pilots have a tendency to focus on their melee attacks and ultimates, he always liked to make things explode around him and cause chaos everywhere he goes since childhood days. He knows that he can’t cause as much damage with combos as other javelins can but that has certainly never stopped him from doing what he loves: using nasty Acid Bombs for debuffs, setting targets on fire with his rifle and turning enemies into electric bombs that cause devastating damage all around him when he detonates them. But of course he won’t neglect the strengths an Interceptor javelin can provide – so he also makes use of melee attacks and his ultimate attack surely isn't weak either.

This particular Hybrid Interceptor is built around the general idea of being able to solo all content the game has to offer; including all Strongholds and their bosses. You could consider this build to be a jack of all trades, a true all-rounder, that can do a lot of things well – but is obviously outshined in some areas in terms of damage by more specialized builds in their respective area of expertise. The build combines good survivability with the ability to deal decent damage with melee and ultimate attacks as well as dealing elemental- and combo-damage. It is mainly using Universal Components and the preferred inscriptions on them are Melee Damage and Ultimate Damage.

The upsides of this build are that you are a solid all-rounder and can pretty much deal with any situation the game has to offer on your own without much trouble. You can strip shields easily with an electric attack; bring down Valkyries by setting them on fire; debuff enemies with acid and Target Beacon, triple-prime and triple-detonate them; clear crowds of trash mobs with your aura and a powerful AoE attack; face tougher enemies with your ultimate attack; and have good survivability due to damage reduction mechanics and an ability that can refill the health meter by 50%. It is also a lot of fun to play. In a team you can also just switch the melee weapon for Deathstalker Blades and deal more melee damage with them at the price of not being as sturdy and not having an active aura because you lack a detonator – but on the other hand you won’t be stealing combos from teammates.

While I consider this build to be the most well-rounded to play solo there are obviously other builds that deal more damage in their respective areas. A more melee-focused build can ramp up the damage numbers much higher because Deathstalker Blades benefit from the perk of Serpent’s Veil and also deal more damage to enemies below 50% health. A more ultimate-focused build can usually recharge the ultimate meter faster and can deal more damage with the ultimate attack. The biggest downside (which could also be considered an upside) to this particular build is probably that you might have to think a bit more about how you play. You should plan ahead and know which enemies you take down how. You should know for which enemies you are using Cariff’s Talon depending on what you want to achieve with it for example; for which enemies do you save your ultimate attack; which ones are worth the time to triple-prime with fire, electricity and acid as well as being hit with Target Beacon because all that takes some time to set up – and you might even want to leave some enemies alive if they still have some health left and let the Fire-DoT finish them off or return to them again later after taking care of some other enemies first. And obviously having the proper gear and inscriptions for this build is another downside because otherwise it might suck. That’s true for a lot of builds but maybe even more so for a hybrid like this that heavily relies on a few certain inscriptions to really shine.

To further optimize the loadout I eventually want around 350% Melee Damage (+75% when Bloodlust procs) from the components as well as around 300% Ultimate Damage from inscriptions on Universal Components. I also want to increase my overall gear recharge rate a bit more and upgrade to a Ralner’s Blaze with more damage and maybe additional magazine size. I can see some better rolled equipment drop but ultimately I need to be able to switch inscriptions (or re-roll them) on certain items to change some slight details about the build and have it exactly the way I want it.

In most cases I recommend using an Epic and a Rare Combo Sigil plus an Epic Ultimate Sigil. Another option would be to use an Epic and a Rare Ultimate Sigil plus an Epic Combo Sigil. Using Fire Sigils might also be an option to further increase the Fire-DoT. Stacking more melee damage to increase the damage you do with the blade attacks as well as with Cariff’s Talon is also an option. Or you could use some additional gear recharge. It all depends a bit on your specific inscriptions and playstyle with this build but generally I suggest one of the first two sigil loadouts. 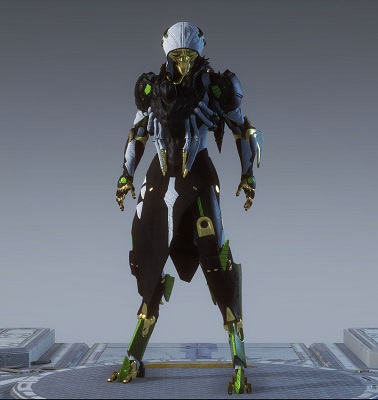