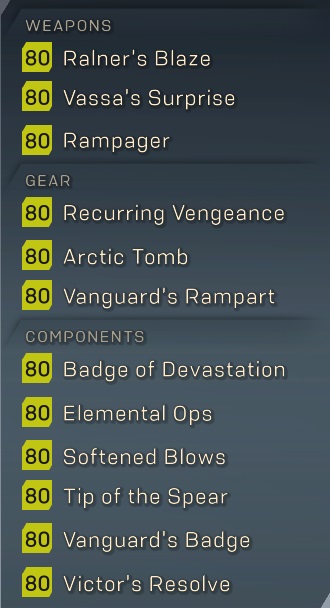 Combo is king here, but this time you're stuck in a more single target variety compared to Colossus. Detonate massive combos on a single enemy, with combos hitting for over a million with good gear. This guide will get you started, with combos most likely in the 300-500k range

With three very easy to apply primers (Arctic Tomb, Ralner's Blaze and elemental ops) and infinite detonators with your melee and Recurring Vengeance, you should have no trouble taking down any target in the game. Keep in mind, fire and ice effects will overwrite each other, so if you've already detonated an ice primer you can burn them, detonate the fire, and immediately freeze and combo again. Use your ultimate to clear out groups of small enemies that you don't want to deal with one at a time, or when you are about to die.