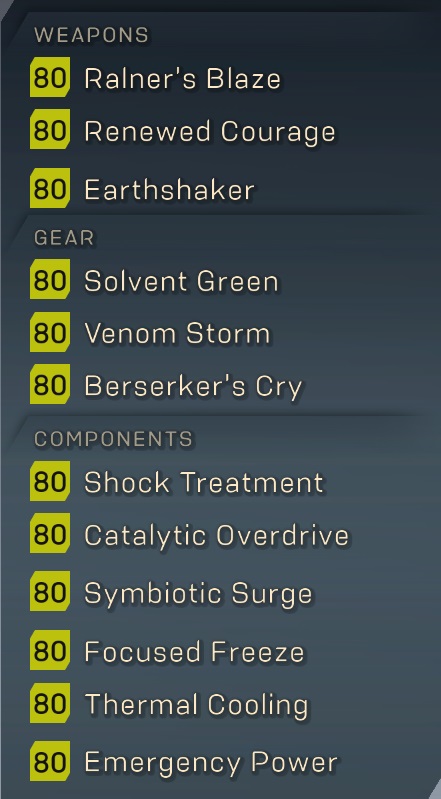 The polar opposite of the voltaic dome colossus, this build offers a medium ranged attack and great Combo damage. One of the easier builds to get into as a new player, as the extra range on Venom Storm helps overcome the lack of mobility that turn many people off when first trying the Colossus. Check out our Advanced Colossus Movement guide for tricks to get the big chonker moving much more fluidly

This build though simple and effective at base has its strategies and quirks. Understanding the venom storm’s function and behavior is key to utilizing its full potential. As far as weaknesses go it has lots of instances where control of your damage can slip out of your hands and a stagnant state can ensue. This is where proper planning, understanding, and of course practice comes into play. Compared to voltaic dome and vassas, venom storm can feel a little more slow and less chaotic, but to methodical and more strategic pilot it may just be their home.