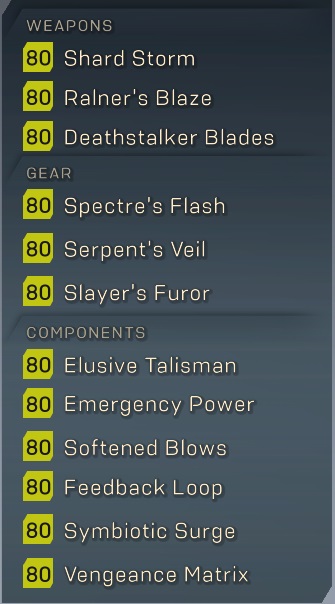 Your weapons are the main focus here. Interceptor has a lot of basic support for weapons, and this is a good build if you don't enjoy the Interceptor's up close and personal melee play style, but enjoy other aspects of the javelin. You'll be going for high weapon damage rolls (350%+) on the guns you want to use, and grabbing durability and extra damage elsewhere. This build can still make good use of melee, just lower numbers compared to the other starter build.

This Interceptor build is quite flexible. While not the strongest or a meta build, the flexibility of using any available weapon type makes it versatile. If you opt to use other weapons, or you enjoy other weapons more, feel free to swap Feedback Loop out for a more suitable weapon component.

If you’re looking to push this build further, you’re going to want to stack Weapon damage, both Local (gear icon) on the weapons, and Global (jav icon) on your gear and components. Alternatively, you can go for just pure Global Damage (%Dmg) rolls on gear and universals, which will boost both weapon damage as well give some power to your gear so they do a little extra damage over the course of a mission.

There are rare times where this build is actually a meta build, but with Melee, Ultimates and builds that are a hybrid of the two being the meta most times. The Broken Magazine Inversion (Last Shot Damage boost) really lets this build and Shardstorm have their time in the spotlight. Often being the strongest, if not a close second in terms of meta builds for those event weeks. 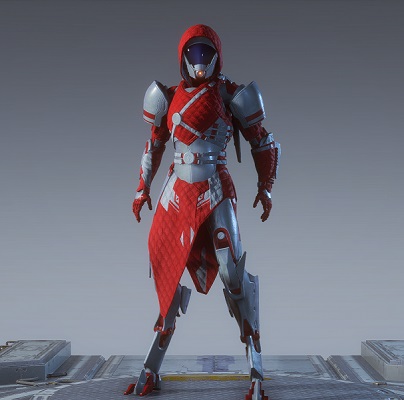