The Storm Javelin fills the "ranged glass cannon" role, though neither of those descriptors are necessarily the only way to play. Storms can play a great support role by priming everything in sight and using ice for crowd control, or they can go all out damage and burn everything to the ground.

As of 1.7.0 The current meta builds for Storm as as follows:

This guide serves to give a detailed breakdown of all the gear available to you and how each piece might fit into a play style. For more in depth and complete builds, see our Build Guides section, or find the links at the bottom of this page.

Once you have a handle on the basics and are feeling more comfortable in your Javelin, check out the next step in our Advanced Storm Mechanics Guide to take things to the next level.

While addressing individual abilities and their respective Masterworks, it's good to remember that these are opinions. It's not a be all, end all, detailed list. Feel free to try things and see how they fit your style of play. So let's just touch on everything this Javelin has to offer in terms of skills, components and how they all handle and interact.

Both support choices are basically worthless once you get to Grandmaster 3 difficulty. They are undoubtedly the two worst supports in the game. Early game however, Windwall can be quite helpful. Generally you will want to just use whichever you have more "gear recharge" rolled on. 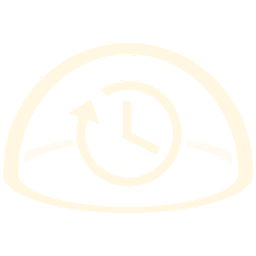 20% gear recharge can be helpful if you don’t have enough in your gear, but having to stay in the bubble is not always possible so it rarely ever ends up being useful. The masterwork effect is nearly worthless, as gear damage is never a huge damage source and 20% is barely noticeable. 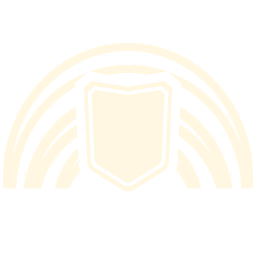 Effect: Creates a wall of wind to block projectiles. Enemies take damage when they hit the wall.

Quite helpful during the early game when you need to block some damage. Complete waste of time in Grandmaster 3 where the wall will break before you even finish the casting animation. The masterwork perk is equally useless, as Storm combos deal next to no damage and it is near impossible to aim this particular effect anyways.

Like all classes, the Storm has just two melee weapons 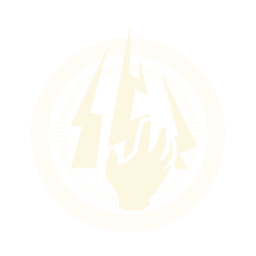 This is a great melee weapon. Not only does it prime electricity and deal pretty heavy damage, the masterwork version gives you nearly half your shields back. This can allow you to be a lot more aggressive, once you get comfortable with it.  Will also apply an electric DoT to enemies within the AoE of any enemy that you contact with the melee 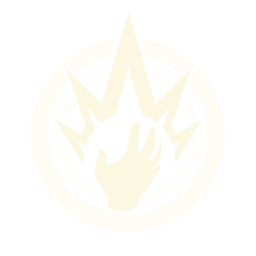 Masterwork - Searing Blast: Sends out a fireball that seeks enemies.

This “melee” weapon actually has quite a lot of range, the fireball will seek out an enemy, bounce between targets, and can hit weak points rarely. With melee damage stacking, this damage can get surprisingly high. 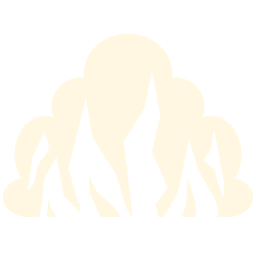 The only acid primer for Storm (at masterwork) but there are just so many better options for this gear slot that it’s unlikely to find its way into your build. The only advantage it has is the Acid prime, but every other javelin can do that for you and much quicker. 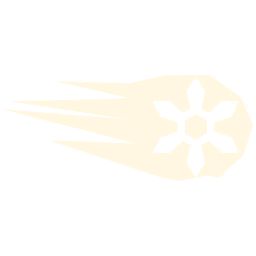 Throws a group of snowballs in a loose shotgun type formation and deals about as much damage as a snowball. If you can land all of the ice chunks on target, it can do ok damage, but still not enough to be useful. 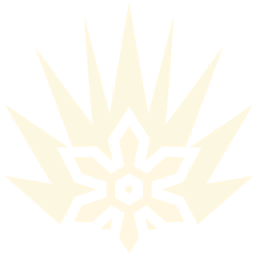 Ability: Detonates a series of icy explosions on the target location.

Great primer and crowd control ability. Very high chance to freeze (100% Ice Effect) and the masterwork perk makes it near limitless. Great for any storm that wants to play more of a support role. Also great for irritating any Storm running Binary Star. Jokes aside, please don’t freeze targets that are burning, you will cancel out the DoT on them. 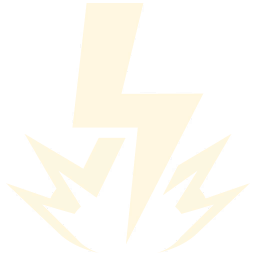 Ability: Call a lightning strike on a targeted location.

The only detonator on this slot and it comes with a pretty large area of effect and significant damage of its own. The Masterwork version of Ponder Infinity gives a huge lightning damage buff while hovering, which even buffs the lightning hit from your ultimate.

The cataclysm variant, Eternal Squall, gets a priming electric field after the lightning strike hits, but unfortunately the knock back from the lightning strike will often push enemies out of the area before they are primed. They need to be staggered by something else if you want the prime to be more consistent. 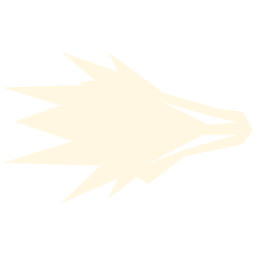 Mediocre at low level but one of the highest damage sources in the game at high level. The clear top choice for Storm damage, stacking global damage inscriptions will boost the fire primer damage from this ability to the point where one binary star can clear an entire group of non-shielded enemies. If you want to hurt things in GM3, you need to use Binary Star. 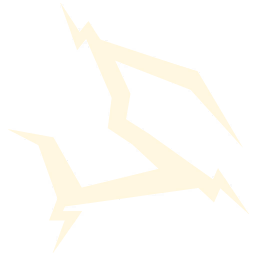 This is so useless I forget it even exists regularly. Not a primer or detonator and nowhere near enough damage to be of use. 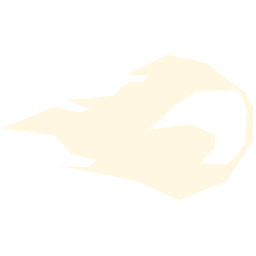 Ability: Throws rapid bolts of fire, or charges up for a more powerful exploding fireball.

A staple of early game storms, dealing decent damage of its own while detonating combos as well. The biggest downside being that it requires a full charge to be a detonator.

Unfortunately in the end game, both damage sources fall way behind and there is no real use for Ten Thousand Suns when Steam Vent exists. 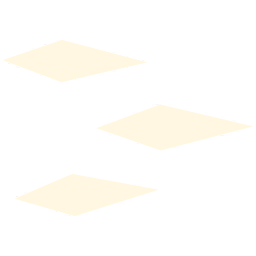 A very reliable primer with very fast recharge allowing frequent use. If you’re not using Ice Storm on your other gear slot and want a way to freeze things, this is it. 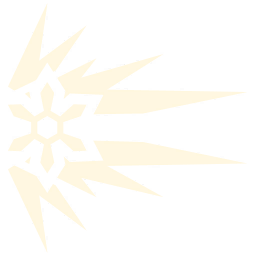 Ability: Launches a barrage of spears made of ice.

‍Masterwork - Black Ice: Hitting an enemy freezes others nearby.

Storm's largest source of single target damage and really the only thing useful on bosses other than guns. Black Ice detonates and also freezes nearby targets, and because it has 3 individual ice spear hits, it can detonate 3 combos in a single cast. The only thing wrong with Black Ice is that Steam Vent exists.

Steam Vent is by far the strongest gear piece in the game. The damage numbers shown are not even close to accurate, there is a huge amount of hidden fire damage. It is basically just Black Ice with about 4x the damage and an occasional fire prime. 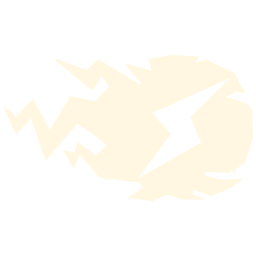 The lightning form of Binary Star. Deals pretty solid damage, the only problem is that electric primers only deal damage to targets around the enemy that is primed, so a single target won’t take any damage. Also armored targets (yellow health bars) take 50% reduced damage from lightning, rather than 25% increased damage from fire.

The Storm has quite a few great and even vitally important Components to work with, possibly more than any other Javelin.

Chaos Core token of the master 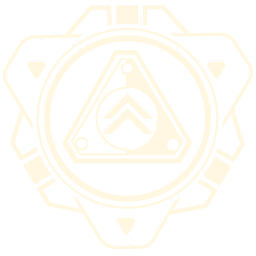 Effect: Increases blast damage by 35% of base value.

Early game, the 35% blast damage increase can be great when using something like Burning Orb or Lightning Strike, but like so many other things it just falls behind in the end game. The masterwork perk can be helpful while you’re first gearing up and don’t have a lot of good rolls, but as you get further into the game you will find much better damage sources. 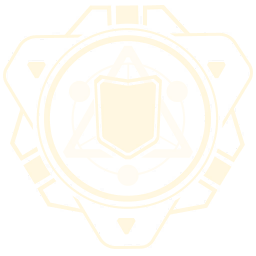 Damage resistance can be helpful as a storm, especially before you have a full stack of legendaries, but honestly there are a lot better sources. Gaining armor on clearing a status effect is nearly useless as well, since it’s not something that can be done on command.  Is mainly useful if you were trying to make a pure 100% resistance build for elemental damage, which is a very niche circumstance, and not at all practical at any point in the game. 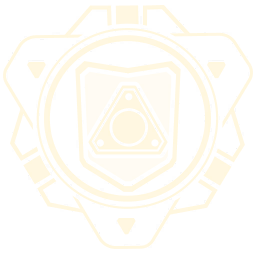 Without a doubt, the best Storm component, and one of the absolute best in the game. This should never leave your Javelin, no matter what stage of the game you are in. 35% elemental damage will apply to nearly everything you do (not ultimate or combo damage). It will even apply to volt caster weapons.

Then comes the masterwork effect, which is equally amazing. Every time your shields break, you get ALL of your gear charges back. This effect has no cooldown. Use this in combination with Softened Blows and Vanguards Token and you will also be immune to damage for 5 seconds on shield break, which generally allows enough time for your shields to start charging again with little worry. 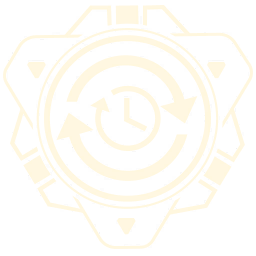 Effect: Increases gear recharge rate by 50% of base and lowers gear damage by -20% of base.

This is a great early game component, and pairs beautifully with Elemental Synergy, combining to give a flat 30%/30% to gear damage and recharge. Keep this pairing until you have some great rolls on universal components that give more. 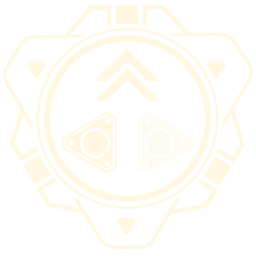 Effect: Increases gear damage by 50% of base and lowers gear recharge rate by -20% of base.

The other half of Elemental Empowerment, as previously stated, a great starter set. The masterwork perk here actually deals quite a lot of damage, at the lower difficulties. Much less effective on GM3 though. 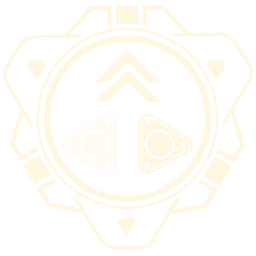 ‍Masterwork - Mark of Ruin: After applying a status effect, increases fire damage by 50% for 10 seconds.

A rare reversal of the usual flow. Pretty worthless in the early game, but absolutely mandatory when using Binary Star in the Fire Storm build. 50% fire damage every time you prime something (which Binary Star is always doing) is extremely impactful. 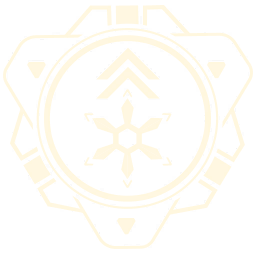 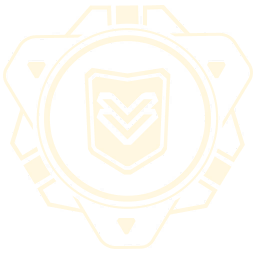 Effect: Increases armor by 25% of base.

A little extra armor is always nice, but this component really takes off at the masterwork level. 40% damage resistance for 10 seconds every time your shields break, AND it stacks with Softened Blows which offers 75% reduction for 5 seconds on shield break, making you immune to almost all damage for 5 seconds. Combine these with Token of Daring for free gear recharge and Lightning Surge melee for shield recharge and you become functionally immortal. 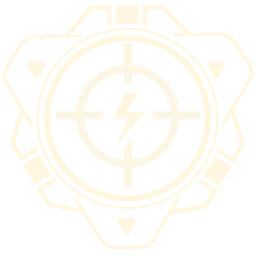 ‍Masterwork - Tome of Precision: Defeating an enemy increases elemental damage by 40% for 10 seconds.

Similar, but slightly worse than Mark of Ruin because the buff comes on kill rather than prime, it can still be quite helpful in certain builds like Burning Thunder. Is worth keeping on your build until you get to a point where you can get a similar amount of damage from a universal component, which will be “always on” and not dependent on a kill. 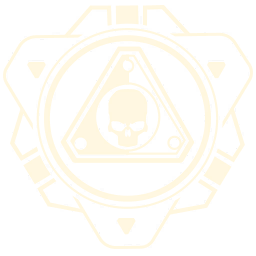 Effect: Increases the number of combo chains by 2.

Combo chains are almost entirely worthless. You can use this in combination with Chaos Core, which has the opposing masterwork effect, while you are working on your gear but this is not a long term situation.